Recognized for its commitment to those who have served, HouseMaster — a Neighborly company and the original home inspection franchise — salutes veterans on this year's Veterans Day. The franchise is nationally recognized by Entrepreneur Media as one of the Top Franchises for Veterans as well as Franchise Business Review as a leading franchise for veterans. 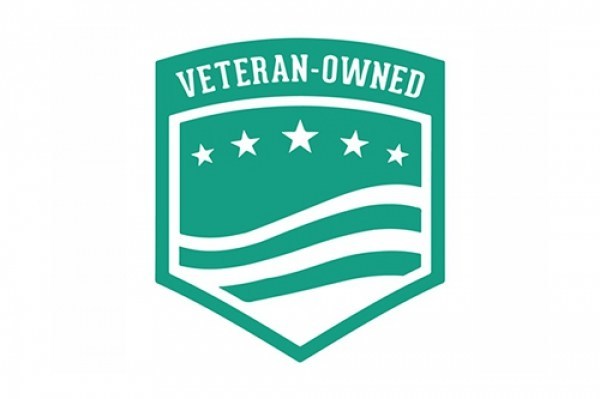 "We're so proud of what our veterans have done for our country and so happy HouseMaster is the franchising business our veteran franchise owners decided to launch their business with," said Kathleen Kuhn, President of HouseMaster. "Our veterans have proven to be leaders within our system. They embrace our culture and inspire each and every one of us in the HouseMaster family."

In the spirit of honoring those who have served in the military, HouseMaster asked some of our veteran franchise owners to share their insights about what it means to be a veteran and business leader.

?  Harold "Hal" Kunnen (franchise owner in Phoenix, Arizona): Kunnen spent 20 years in the United States Air Force as an officer and was stationed in Germany when the Berlin Wall fell. He retired as a Major to Arizona with his wife, who earned the rank of Lieutenant Colonel. "We were both still in the Air Force when we researched our HouseMaster franchise. This was in 1997, but we knew it was a good fit for us," Kunnen said. "Home inspection was technical enough for my skills as an electrical avionics engineer, and my wife understood the business management side." With 20 years in the armed forces and now 20 more years with HouseMaster, Kunnen is thankful for HouseMaster's commitment to veterans. He said he looks forward to making many more new memories with his franchise in Arizona.

?  Dave Toops (franchise owner in Aurora, Colorado): Toops retired from the Air Force in 2012 after 21 years as a Chinese Linguist and Intelligence Analyst. He then worked in corporate America in the years that followed and attended his HouseMaster training in March of this year. "My skills as an Intelligence Analyst gave me a keen eye for detail and the ability to write reports based on my findings," Toops said. He also noted that to him, Veterans Day is a time when he remembers everyone he served with and the sacrifices they made for this country. He's enjoying his new-found passion for understanding the needs of consumers. "I like meeting them and helping out to the best of my abilities."

?  Jim Fleming (franchise owner in Alexandria, Virginia): Fleming served almost 30 years in the United States Navy. He joined HouseMaster because he thought the company was unique and really wanted them to succeed. "I'm an engineer by heart, and I like meeting a variety of people, even though they bring me unpredictable and demanding challenges," Fleming said. Looking back on his nearly three decades of service, he helped integrate the Kosovo Police during the ethnic conflicts in the region, escorted strategic assets through the Suez Canal, and provided strategic air defense for the National Capital Region on 9/11.

?  Andrey Barshay (franchise owner in Southwest region of Illinois): Barshay spent 23 years in active duty with the Air Force until 2012. Upon retiring, he started exploring franchise opportunities, knowing he wanted to own a business. "When I sat down with HouseMaster, they really gave me that military team feeling," Barshay said. "They were there to make sure everyone else is successful." In seven years as a franchise owner, Barshay has embraced a super-focused HouseMaster home office supporting his growth. He has expanded with a team of inspectors and said he values Housemaster's "business model, the culture and the organization — it's like a family."

?  Tim Fisher (franchise owner in Stafford, Virginia): Fisher retired from the Army in 2015 as a lieutenant colonel after 28 years of service. Shortly thereafter, he decided he wanted to work for himself while maintaining the values of years spent in service to his country. "Being in the military, I learned the number one thing is always making sure you get your job done. You also need to be able to work independently to get things done quickly and effectively," Fisher said. Those skills are helping Fisher grow his HouseMaster franchise. After several years, he is "getting ready to hire some additional people" to provide more inspections in his service area.

?  Scott Henschen (franchise owner in Dover, Delaware): Henschen spent more than 20 years in the Air Force, starting as a flight mechanic and later becoming a flight engineer. After retiring in 2014, Henschen was a systems expert for a major defense contractor before launching out on his own as a HouseMaster franchise owner. "I wanted an ownership role and to be able to succeed by my own work," Henschen said. After doing his due diligence and shadowing a nearby HouseMaster owner in 2017, Henschen realized this was the right franchise for him. Henschen said his business continues to grow since launching a little less than two years ago and skills he learned in the Air Force help him as he expands his business. "The ability to adapt and deal with so many different personalities is crucial. I dealt with a lot of personalities in the Air Force, too," he said. "With my HouseMaster franchise, every buyer, every agent is a little different. Being able to adapt and meet their needs is important."

?  Daryl Hurst (franchise owner in Texas Hill Country): Hurst retired from the Marine Corps in 2014 after serving more than 20 years. He was deployed all around the world in over 25 countries in total. He spent 12 different years deployed, including a deployment in Iraq in 2003. After retiring, he spent three years as a schoolteacher, but he realized he was being driven to do something else. He wanted an opportunity where "success or failure is on me." It led him to a franchise and ultimately HouseMaster. "In less than a year, the business has grown much faster than I could have anticipated," Hurst said. As he builds his HouseMaster franchise, Hurst keeps in mind four points about military implementation that have become a kind of mantra for him: 1) discipline, 2) organization, 3) planning, 4) adapt and overcome.

?  Joseph Welch (franchise owner in Raleigh, North Carolina): Welch spent three and a half years enlisted in the Army between 2000 and 2004. Afterward, he was in private security for a decade. When he and his wife had their first child, they realized he needed something more conventional – a business that would allow him to be home after hours. He looked at a handful of franchises and was drawn to HouseMaster. "You can make it as big as you want or keep it more of an owner-operator model," Welch said. "I liked the flexibility and growth opportunity with HouseMaster, along with its great track record." Five years in, he has two additional inspectors and is looking to add a third to keep up with demand.

With more than 325 franchise areas across North America, HouseMaster holds a Net Promoter Score of 92 (a customer satisfaction ranking higher than that of Apple and Ritz-Carlton). Franchise Business Review has named HouseMaster a top franchise brand in its franchise owner satisfaction category since 2009.

Military veterans who apply to become owners within the HouseMaster franchise receive a $6,000 discount on their initial franchise fee.

HouseMaster provides homebuyers and sellers an independent third-party professional evaluation of the major elements of a home. HouseMaster's guaranteed inspections enable potential homebuyers and sellers the opportunity to make educated real estate decisions. From interior systems such as plumbing and electrical to exterior components like the roof and siding, the HouseMaster Home Inspection evaluates the visible and accessible major elements of a home.

HouseMaster®, a Neighborly® company, provides professional home inspection services and high-quality service experiences to residential and commercial real estate buyers and sellers across the U.S. and Canada. Founded in 1979, HouseMaster is the first home inspection business to franchise and includes more than 170 franchise owners serving more than 300 franchise territories. HouseMaster is part of Neighborly, the world's largest home services franchisor of 27 brands and more than 4,300 franchises collectively serving 10 million+ customers in nine countries, focused on repairing, maintaining and enhancing homes and businesses. Neighborly brands are found at Neighborly.com in the United States and Neighbourly.ca in Canada. For more information about HouseMaster®, visit HouseMaster.com.

Neighborly® is the world's largest home services franchisor of 27 brands and more than 4,300 franchises collectively serving 10 million+ customers in nine countries, focused on repairing, maintaining and enhancing homes and businesses. The company operates online platforms that connect consumers to service providers in their local communities that meet their rigorous standards as a franchisor across 18 service categories at Neighborly.com in the United States and Neighbourly.ca in Canada. More information about Neighborly/Neighbourly, and its franchise concepts, is available at https://www.neighborlybrands.com/. To learn about franchising opportunities with Neighborly®, click here.

While accelerating innovation and providing premier support to its franchisees amid the pandemic, Goldfish Swim School Franchising, LLC remained steadfast and focused on growth. The leading swim school franchise closed out 2020 with 19 signed agre...

Thank you for your request. We will contact you shortly.